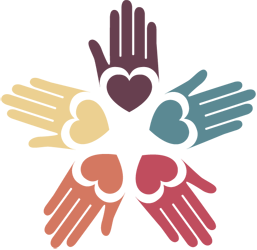 By: Jasmine Danielle
As seen on BlackDoctor.org

It’s common knowledge that Black adults often face discriminatory practices and micro-aggressions in corporate spaces, but we don’t often talk about the youth who are affected by these same things. This situation becomes even more daunting when you consider what’s on the other end of their cell phones, tablets, and computers.

A new study by Rutgers University, which was published in the Journal of Applied Developmental Psychology, found that Black American teens face discrimination multiple times a day, online being the most frequent. The study was done to assess how often Black teens experience racial discrimination and, upon conclusion, also found that these incidents often lead to depression.

While the concept is not new and has in fact been discussed for years by activists and advocates alike, the study does offer evidence and data to back up these claims.

This research reflects what researchers and activists have asserted for years: Black adolescents are forced to face antiblack microaggressions on a daily basis. Importantly, this study expands the research on the many ways that discrimination happens, whether it is being teased by peers, asked to speak for their racial group in class or seeing a racist post on social media,” lead author Devin English said in a press release.

In order to collect this data, researchers studied the daily lives of 101 Black teens, ages 13 to 17, living in predominantly Black neighborhoods in Washington D.C. While similar studies have only examined discrimination over a year-long period, daily assessment was found to be more accurate, so for two weeks, the researchers looked at each teen’s daily anti-Black experiences.

The internet was found to be a major source of experiences with discrimination. One factor is the anonymity of being online, so perpetrators are not likely to face consequences for discriminatory behavior.

During the two weeks, researchers examined the changes in the teens’ psychological state. A variety of anti-Black incidents were reported, including name-calling and jokes/teasing about physical appearance like skin tone and hair texture. Almost all of these incidents led to short-term depressive symptoms.

“Racial teasing is important because it is one of the most common ways adolescents communicate about race,” English said. “Critically, young people and adults, such as teachers, often see this teasing as harmless and choose not to address it. Our results, however, show several types of racial teasing are harmful for Black adolescents.”

Needless to say, there is a need for more modern and “developmentally-appropriate” approaches to dealing with racial discrimination among pre-teens and teens. Many schools incorporate programming to help prevent race-driven incidents and microaggressions, but it begs the question of whether that is enough, especially because racial discrimination is a key factor in health inequities among Black people.

“Although public discourse can indirectly or directly blame health inequities on black youth, our study provides evidence that racial discrimination in society is a fundamental cause of these health inequities,” English said. “Knowing this, people in positions of power…have a responsibility to consider discrimination as a critical aspect of the daily experience and health of black teens.”

There’s no fix-all solution to these health inequities and anti-Black occurrences, and if there was it wouldn’t be on Black people to do the work. What we can do is check in with our teens and talk with them about their experiences. We can also use resources like Therapy For Black Girls, Therapy For Black Men, TalkSpace, and OpenCounseling to assist our youth in taking better control of their mental health.

If you are in need of mental health counseling, please reach out to our associates at Behavioral Health Services of Greater Cleveland at one of our three locations: Rocky River, Medina and Solon. Family, individual, and couples counseling are available. Please call (866) 466-9591 ext. 0 for an intake.